So, it’s Sunday, The Archers is on in the background, the roast is on (oh, I wish).

F**k It Helps Pt. III is –
HOW TO CULTIVATE SUNDAY MIND WITH F**K IT
OR
HOW F**K IT HELPS WITH RELAXING, FREEING UP AND BEING MORE PRESENT

Because the place in our heads that ‘F**k It’ can get us to is similar to the more relaxed place you might get to on a Sunday (if you’ve had a lie-in, sit around reading the papers, potter around a lot, and generally forget your cares for a day, that is).

So what’s really going on when we say these words ‘F**k It’, and how do we end up in such a better place?

Well, for 10 years we’ve talked about how, when we say ‘F**k It’ it’s like walking from the left side of the brain, over to the right side.

‘F**k It’ becomes the bridge between the two hemispheres. 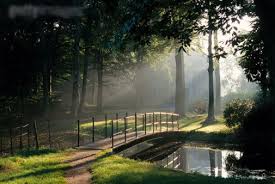 Now, this is an oversimplification of how the brain works, sorry… But, do you know about the hemispheres?  Roughly speaking, we spend a lot of time in our left hemisphere: it’s where we lead our planning, rational, language-led, future or past-based thought lives.

When we’re in the right hemisphere, roughly speaking, and it’s more rare, we are more relaxed, creative, in the present, playful and less inhibited.

The right side is the Sunday side.

Most of us could do with being over there in the right side more often, and for longer (ie. not just on a Sunday or when we’re on holiday).

So, when we say ‘F**k It’ to anything, and we relax, and let go, and give up, and sit back, we do effectively move across that bridge to the right side of the brain.

That’s what we’ve been saying anyway.  That’s what it feels like is happening.  And it becomes a useful metaphor for describing the power of F**k It.

But, relatively recently, we unearthed a research study that proposed that – when we swear – we jump from the usual language centre in the left brain, to another part, IN THE RIGHT BRAIN.

The researchers deduced this because they observed that those people who had lost their usual ability to speak (say, through a brain injury) were, nonetheless, able to swear.

And they saw that the brain activity, when they were swearing, was well away from the normal language centre, and over in the right hemisphere.

Wow!  So, when you say ‘F**k It’ (or swear in any way), you jump across to the right side of your brain, where you’re likely to be more relaxed, more free and more present.

That’s why swearing can make you feel better. 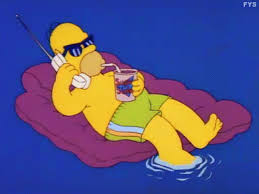 ‘F**k It’, in particular, works so well, because it is so implicitly related to the semantic dimension of our lives.  Ie. When we say ‘F**k It’ to something, we are consciously shifting from the stress and attachment with that object to a letting go and relaxation around it.

Wow Part II. That really is something.

And a great exploration of how F**k It REALLY HELPS.
It really does.  The neuroscientists agree.

This site uses Akismet to reduce spam. Learn how your comment data is processed.